Security Glass or no security glass...

I'm often asked for advice about whether to have the extra layer of glass which acts as a security measure in addition to the stained glass panel. Stained glass panels beyond a certain size need support whether this is via the traditional method of bar attached to the panel or with a supporting layer of glass. In addition to the structural support, using toughened or laminate glass as an added layer also acts as a security measure and if security plays on your mind a lot then it could be the option to go for. If you do decide to have supporting glass then you need to decide whether to have the glass at the front or at the back of the stained glass i.e internal or external. If you have the glass at the front then your panels will look like this; 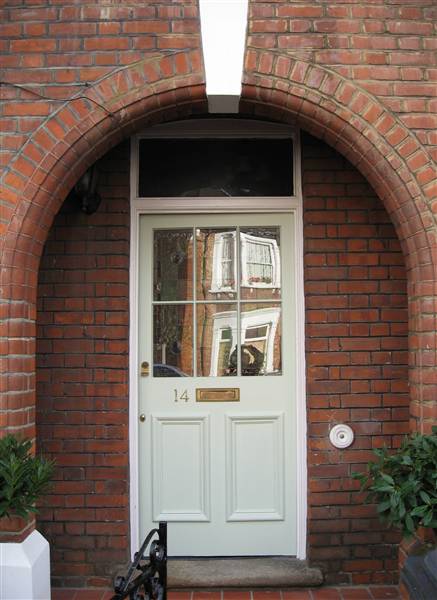 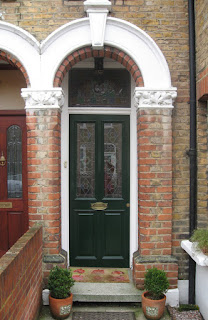 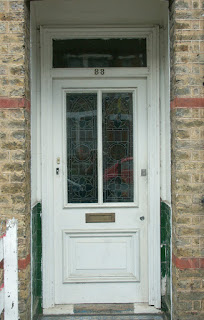 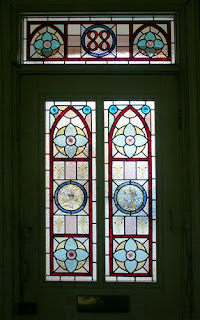 You can see that the fronting glass is very visible and an obvious deterrent. Typically it is only the lower panels that have the extra layer of glass as you need to be able to read any fanlight numbers without that surface bounce of light off the glass (and it's unlikely that someone would enter from that height!). In the daytime from the inside, for you looking out, the panels won't look any different and at night when your hall lights are on the fronting glass won't be visible from the outside view. 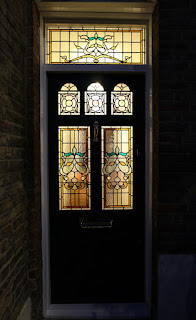 Night shot from outside - no different.

Some people opt to have the glass on the inside. Reasons for this are usually that the customer likes the old world look of lead and glass, which you cannot see so clearly with the fronting glass. It could also be that the whole street has panels set like this and you are blending into the street look or that you are in a conservation zone and have particularly nice brickwork and features at the front which tend to be enhanced by the visible stained glass. Below are some views of panels with glass behind; 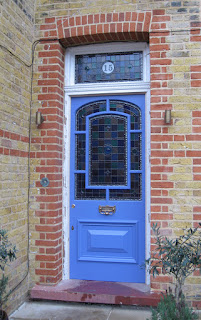 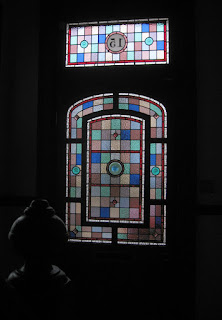 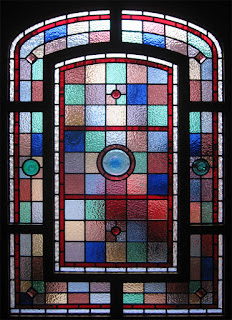 This job was more tricky than most with the right angle shapes which present a weak spot if cut freehand, so the toughened glass was waterjetted to get the right angles and the door was made new to accommodate both layers of glass. In the daytime from the inside the extra layer doesn't notice. (An exception to this would be where there is bright light within the hallway from adjacent window/s and light falls on the glass - then you would see some surface reflection). 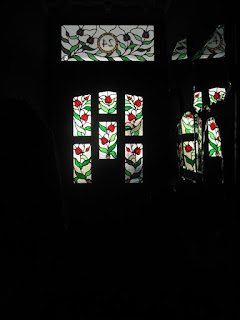 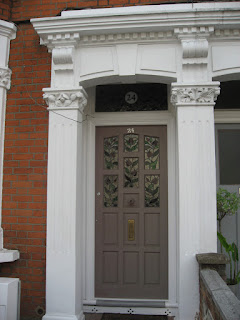 Glass on the internal side.

Below are 2 jobs with slimline double glazed units behind the external stained glass - an added layer! 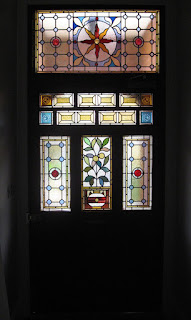 Slimline unit behind the fanlight only. 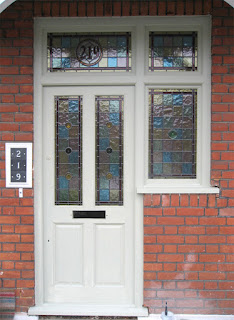 Textures of glass and lead... 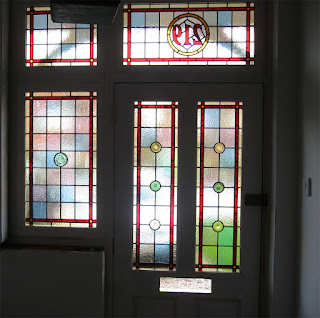 Slimline units behind new woodwork and letterbox - being installed! The stained glass is a little further away so you do not have the immediacy of viewing through a single layer. 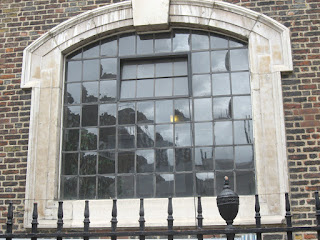 St James's Piccadilly - just a beautiful example of surface texture using the 'bendy' Crown Glass. You can really see how the light hits at different angles. In some old panels this effect was deliberately achieved by placing the glass at different angles in the lead in order to catch the light differently as your eye passes over.

The photo below sent to me by a customer illustrates a possible risk of having the supporting glass on the inside. The glass is just as secure but not visible from the outside so not an obvious deterrent. 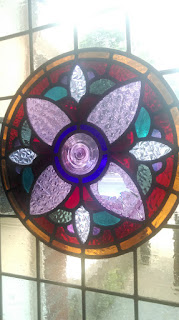 An attempted break in meant that 4 pieces of glass were broken but because of the toughened glass behind no entry was gained. Unfortunately for the customer there is now the cost of removing both the unbroken toughened glass and the stained glass in order to repair the broken pieces. One way to lower the risk of attempted burglary is to have added security features for example, double lock, external light, camera. Your local Neighbourhood Watch or the Police have good information leaflets on this.

There is no hard and fast rule to 'which way round' but if you are more concerned with security than getting that traditional look then you probably should opt for peace of mind and have the security glass on the outside.
﻿
Posted by Delia Scales at 10:21